Operations research concentrates on optimization, optimal control theory, production economics and financing. The optimization theory concentrates on stochastic programming, multicriteria optimization and combinatorial optimization problems. Within production economics the application of Markov decision processes for stock control and pricing are analysed. Central topics within financing theory encompass pricing of contingent claims, theory of interest rates structure and the interaction between finance theory and actuarial science. Models to be applied within the energy sector are also analysed.

The aim of the Centre for Science Studies is to do:

Center for Research in Econometric Analysis of Time Series (CREATES)

This centre is is a research unit at Aarhus BSS, hosted by the Department of Economics and Business Economics. Faculty of Natural Science. Researchers of the Institute of Mathematical Sciences specializing in financing participate in time series and financial econometrics research performed in CREATES.

The centre was established in 2007 by the Danish National Research Foundation (Centers of Excellence) with a grant of DKK 40 million.

The project Semiclassical Quantum Mechanics is funded by a Sapere Aude: DFF-Topresearcher Grant from the Danish Council for Independent Research with Søren Fournais as Principal Investigator. In this project research is carried out in the area of mathematical quantum mechanics, in particular, spectral problems in the presence of magnetic fields. When the magnetic field is very strong and/or when many interacting particles are considered, one can often show that the quantum mechanical systems can be described by simpler - sometimes even classical - models. This can be seen as an aspect of the Correspondence Principle by Niels Bohr. 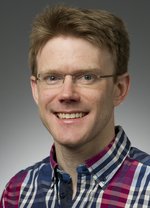 The Aarhus Homological Algebra Group is funded by a DNRF Chair and by Aarhus University Research Foundation.  Homological algebra is based on tools originally used to study topological spaces.  Its methods have spread to many areas of mathematics, including combinatorics, geometry, and mathematical physics.  Homological methods have become key instruments of the mathematical mainstream, and the Aarhus Homological Algebra Group is pursuing a vigorous research programme. There are applications to the combinatorics of high dimensional structures, the geometry of singular spaces, and the string theory associated to Calabi-Yau categories. 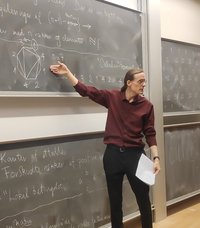